Glasses that help you lose weight?

I must admit that I constantly check the Internet for all of my news gathering. I can't remember the last time I've watched a televised news program. As for newspapers, I read the Sunday edition of the Reading Eagle...and when I mean "read," I mean skim over the titles and reading only one or two articles that interest me. The Internet provides me with news instantly, rather than learning about it on TV or print many hours later.

Well, I read an article on Yahoo about something called Diet Glasses. From The Herald Sun, "Tokyo University professor Michitaka Hirose (R) and his team developed a camera-equipped special goggle, which makes cookies bigger to help users' diet at his laboratory in Tokyo on June 2, 2012. Hirose conducted an experiment, asking examinees to eat as many cookies as they want with and without the glasses. The results showed they ate 9.3 percent less on average with the goggle showing cookies 1.5 times bigger than they actually are and ate 15 percent more with cookies looking two-thirds of their real size." 
I had just written a blog post about the Project Glass by Google with augmented reality glasses to add information to one's perception. However, these glasses designed by Hirose augments reality by "fooling" one's perception. The computer attached to the special goggles keeps the individual's hand size the same, while increasing or decreasing the size of the object they are picking up.


Hirose is interested in the study of virtual reality, where reality is perceived by the mind. His science team created a device that fooled the brain by changing the image one would normally see. The device is not for commercial use, but they are considering using such a device to help individuals lose weight my changing their perception: making the food look bigger so that the individual would eat less without the use of diet-modulating drugs. 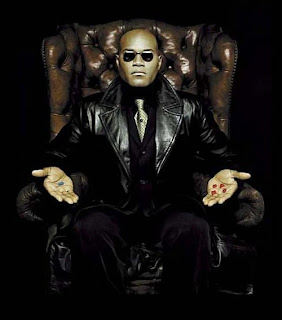 
It's like an optical illusion. For example, when a full moon is very low on the horizon, it also looks humongous! But try taking a picture of the moon when it's at that low position on the horizon. The moon isn't actually bigger, it's the same size as when it's high in the sky...the photograph will reveal this. Check out Wikipedia for more information on the Moon Illusion.

So, what's next for augmented reality glasses? Project Glass, Hirose's Oreos, and then what? I hope the major food manufacturers don't try to get all of us to wear the Hirose goggles so that they can make their food in smaller portion sizes. I'm already getting only 10 chips in a large bag of Lay's in the first place.

And Nabisco, don't even think about making the Oreo's smaller...bigger would be okay, though. Maybe moon-sized? 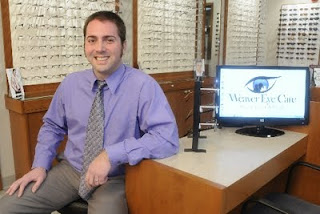